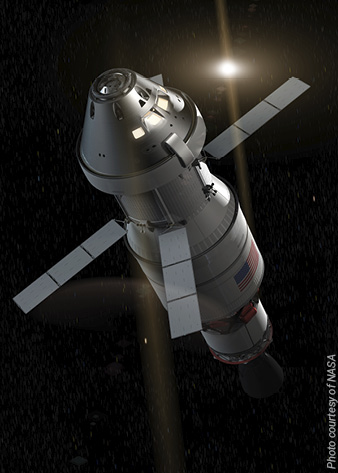 NASA is always preparing for a worst-case scenario aboard a spacecraft, including constantly evaluating fire protection tools and technology. One such review revealed an opportunity for improvement.

Some fire extinguishers in NASA space vehicles contained carbon dioxide (CO2), which poses risks for humans, and halon, which is risky in an enclosed environment. On a space station, CO2 in particular raises serious concern because emergency breathing equipment doesn’t filter it. NASA sought to develop a safer option.

A fine-water-mist portable fire extinguisher made the most sense; it wouldn’t damage structures or require special cleanup procedures, and it would meet other criteria. The extinguisher would discharge from any orientation because it didn’t rely on gravity to produce the unique thermal properties of microatomized water droplets.

The extinguisher’s metal tank accommodated 6 pounds of water and 1.2 pounds of nitrogen gas. Held under pressure in separate bladders, the contents wouldn’t release until the extinguisher handle was squeezed, triggering the flow. That opened two cartridge valves and allowed the nitrogen and water to mix before discharging through the nozzle. The effervescent water would put out flames in an open cabin, and a special wand extension attached to the nozzle could reach fires behind an instrument rack or wall.

The success of the new extinguisher hinged on one part—a zero-leak valve. Doering Company of Clear Lake, Minnesota, provided that critical part. Zero-leak valves were already part of Doering’s catalog, but the level of performance required by NASA is not the industry standard. Doering was able to make an existing zero-leak valve meet the exacting requirements for space.

During the 10-year development of the fine-water-mist extinguisher, specialists like Doering were contracted to create specialized components such as the zero-leak valve. The project team established fire test standards for microgravity environments and built a technology suitable for use in space and on earth. The final product exceeded the project’s requirements.

Nine new fine-water-mist fire extinguishers built to replace the original CO2 fire suppression devices arrived on the International Space Station by 2016. Due to a secrecy agreement with NASA, the story of Doering’s zero-leak valve was just released in the last week of April 2020.

Doering’s zero-leak valve is getting ready for another trip into space. NASA is developing the next-generation fine-water-mist fire extinguishers using the same valve. The new fire extinguisher is planned for the Orion spacecraft, which is currently at Kennedy Space Center in Florida undergoing final preparations for launch on the unmanned Artemis I mission in 2021. 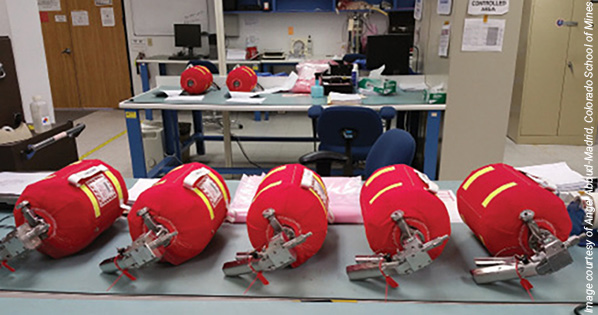 When U.S. astronauts Doug Hurley and Bob Behnken boarded the International Space Station on May 31, a new type of fire extinguisher was at the ready in case of an emergency.

It took 10 years to develop the innovative firefighting device, and a Clear Lake, Minnesota, fluid power company had a hand in producing it.

Wyle Laboratories of Houston, the prime contractor for the fire extinguisher that NASA had ordered for the space station, needed a zero-leak valve and contacted Doering Company, a manufacturer of precision valves and pumps. 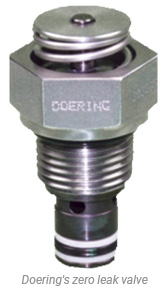 “We had a niche market for that type of qualification,” Russ Doering, then-president and CEO of the eponymous company, told Fluid Power Journal. “So they reached out to us based on our reputation.”

Doering said the company already produced the zero-leak valve Wyle needed, but demonstrating that it could do the job was the challenge.

“You have to be able to prove it,” Doering said. “The NASA test engineers developed the criteria that we had to meet as far as leakage to pass the test of holding that pressure for 12 or 15 years at 1,200 psi.

“We bought the same test equipment that NASA was using so that we were on the same page as far as results. It was a matter of elevating our inspection, our validation process, our documentation.”

Though the zero-leak valve needed for the project existed, the company did have to tweak it some.

“I was quite confident from day one that we’d be able to give them what they were looking for. In the journey to get there, we did make some changes to the product to make it even better than it was before we started working with them. We were able to end up meeting their expectations.”

The valve’s job is to hold pressure in the two chambers of the new fine-water-mist portable fire extinguisher.

Doering shipped the valves in the spring of 2014. Within two years, NASA had made nine fire extinguishers and placed them in the International Space Station. Each one contains two Doering valves.

The impact of the developments made in the prestigious project will be long lasting, Doering said.

“It was an existing base product, but there were advances and improvements in design. Those technologies are being applied now to other valves that are available. It has an ongoing life after that particular project.”