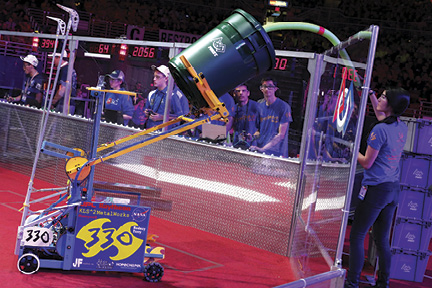 More than 18,000 students (ages 6 to 18) from around the globe traveled to St. Louis, Mo., from April 22-25, 2015 and put their engineering skills to the test at the annual FIRST (For Inspiration and Recognition of Science and Technology) Championship, held at various venues throughout the city. The four-day event came down to a heart-pounding conclusion Saturday night in front of a roaring crowd of more than 40,000 when four teams from League City, Tex., and Davis, Clovis, and Palmdale, Calif., of the Newtown subdivision, won the coveted FIRST Robotics Competition (FRC®) Championship Winning Alliance. In this year’s recycling-themed game, Recycle Rush™, FRC teams took to the field, where competing alliances scored points by stacking totes on scoring platforms, capping those stacks with recycling containers and properly disposing of pool noodles, representing litter. In keeping with the recycling theme of the game, all game pieces used are reusable or recycled by teams in their home locations or by FIRST at the end of the season. 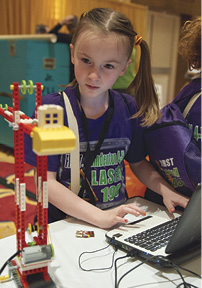 The Dr. Bart Kamen Memorial Scholarships were given to 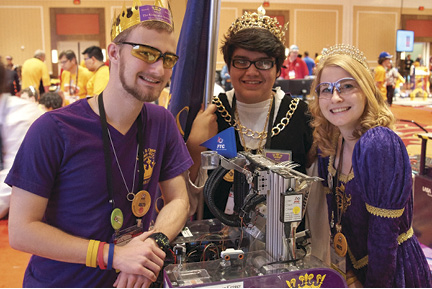 The FIRST Championship honored significant supporters of the FIRST mission: 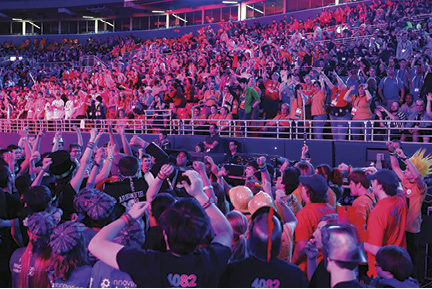 A complete list of winners can be found at www.usfirst.org.