Is Your Air Compressor Control Smarter Than a Four Year Old? 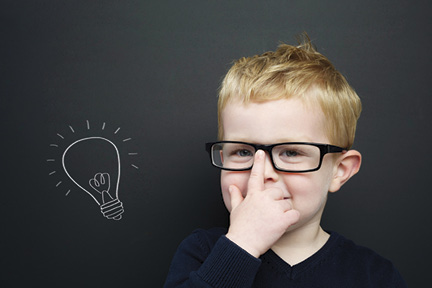 One of the biggest problems in compressed air systems with rotary screw compressors is inefficient compressor control. Hundreds of thousands of air compressors throughout the world are running at this very moment when they could be turned off, saving their owners significant electrical costs. These machines do so because their controls are not “smart” enough or haven’t been enabled to turn the motor off when not in use. A four-year-old child can be trained to save energy by turning out the lights, but some compressor controls are just too “dumb” to learn to turn off automatically.

Rotary screw compressors often operate in systems where the whole capacity of one or more compressors is not required all the time. When an air compressor is partly loaded, some method of control is required to unload the compressor. If the compressor was not controlled, it would keep adding its full capacity into the system and the pressure would keep rising due to the excess air production until something blew.

Various methods of controlling part loading exist, but the most common is load/unload control (also known as “online/offline”) where the compressor loads and unloads to the proportion of the present loading condition. If the compressor is half loaded, it will be in the loaded condition, making its full output capacity 50% of the time while the other 50% will be in an unloaded condition. If lighter loaded, say 30%, the unloaded portion would be 70% – simple math. The problem is that while running unloaded, the air compressor consumes about 35% of its full-load power, sometimes more, while producing zero air. Therefore, systems that are lightly loaded, such as units located in equipment repair shops and body shops, can spend many wasteful hours running unnecessarily.

Basic air compressor controls simply provide pressure control where the compressor will load at a certain pressure and unload at a slightly higher pressure, usually 10 psi higher. The most common and simplest of these controls always keep the compressor running, even when the unit has been running unloaded for hours.

Slightly smarter and more advanced controls can detect if the compressor has been running unloaded for a significant period of time and will shut the motor off after a set length number of typically around 10 or 15 minutes. This can save power in multiple compressor systems where all the compressors are not needed all the time due to varying levels of air demand, but in systems with only one compressor running, this rarely allows the remaining compressor to run partly loaded in an efficient manner.

Typically there is not enough storage capacity in a compressed air system, and/or the pressure band of the load/unload settings are too narrow to allow the compressor to remain unloaded for times that are anywhere near the 10 to 15 minutes of a standard compressor unload timer. For example, a 25-hp compressor with a storage receiver sized at about two gallons per full load CFM output of the air compressor (200 gallons) running at 25% loading with a 10-psi pressure band would only remain unloaded about 45 seconds of its approximately one-minute cycle. If it were set to turn off during the unload time, it would start over 60 times per hour! Electric motors should not exceed the maximum allowable starts per hour or damage will occur, hence the need for unload timers. In the case of a 25-hp, three-phase compressor motor, the maximum number of starts per hour is about six.

Some manufacturers are starting to offer “smart” compressor controls that are designed to recognize the periods of time when a compressor motor can safely turn off. If you have one of these compressors or can replace your aging compressor with a new one with “smarts,” you can use this to your advantage to save energy. The controls work by counting the number of starts per hour or monitoring the characteristic load/unload cycle frequency. If conditions exist where the example compressor discussed was only running at a frequency of six cycles per hour, then the compressor would immediately turn off when it unloaded, saving power for the 75% of the time it remained unloaded. If exceeding the maximum, it would turn off the compressor for only some of the unload cycles, not exceeding the maximum. But to get to this condition, there has to be some intervention from the owner or operator of the equipment to reduce the number of starts. In our example, the reduction needs to be by a factor of ten.

This reduction can be done by adding storage and widening the pressure band. If, for example, the same 25-hp compressor was installed with 1,000 gallons of storage capacity and set to run with a 20-psi pressure band, the same unit would only start six times per hour at 25% duty. This strategy would reduce the compressor run time by 75% and completely eliminate the wasteful unloaded run time. The savings gained from this would result in an energy reduction of about 23%, which would save about $5,000 per year for a compressor of this size running full time at a power cost of 10 cents per kWh. The maintenance-related savings will be significant, as well, due to the reduction in run hours. The savings might be greater than calculated here if the compressor has a very long blow down time, which is the time it takes to reach the lowest unloaded power, often stretching to two minutes.

Utilizing a compressor with smart control and adding a smart strategy of your own can save you significant power costs and help your compressor last longer. To learn more about condensate drainage, consider taking part in Compressed Air Challenge’s next Fundamentals of Compressed Air Systems webinar. Go to www.compressedairchallenge.org to see how.

By Ron Marshall for the Compressed Air Challenge.

9 thoughts on “Is Your Air Compressor Control Smarter Than a Four Year Old?”