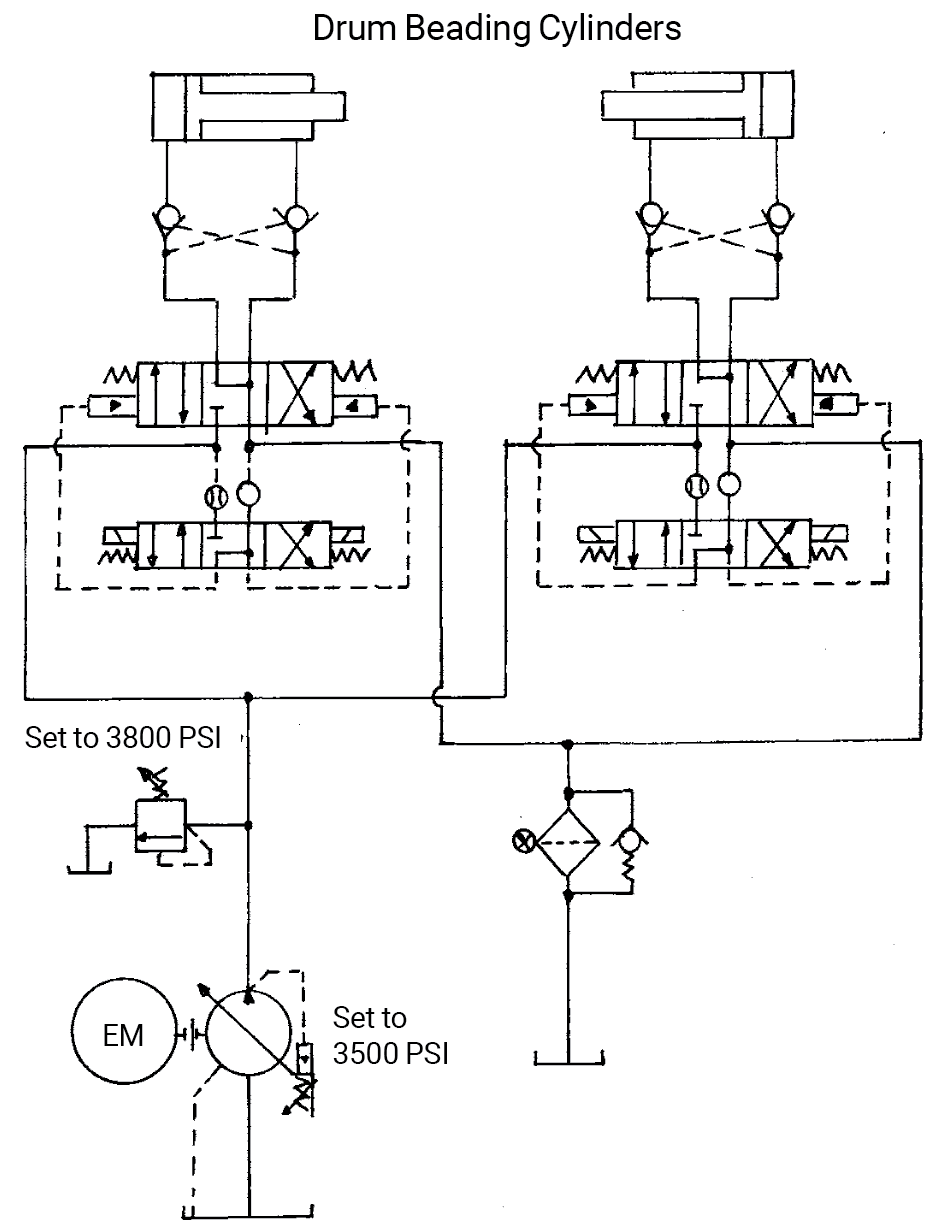 A manufacturer of various size steel drums had a problem with shock—banging—that caused welded pipe and fittings to crack and leak. A hose and fitting distributor replaced the A and B lines on the two opposing “beading” cylinders, adding additional high-pressure hose and hold-down clamps on the hose. This change reduced the leaks but seemed to increase the banging when the cylinders started to retract.

The hydraulic power unit had pilot-operated check-valve modules with a decompression feature under the pilot-operated directional valves, which had an internal pilot pressure orifice smaller than standard.

Any idea what they needed to do to reduce the system shock to an acceptable level?

Large noise, the big bang that happens when a directional valve shifts, is caused by oil under high pressure that is suddenly released to the tank line. A simple system with a 30-GPM pump and a large cylinder could have a 300-GPM discharge rate that only lasts for 20 to 40 milliseconds causing the damaging banging noise. Slowing the directional valve shifting speed from 20 ms to 40 ms would reduce the discharge rate in half to 150 GPM.