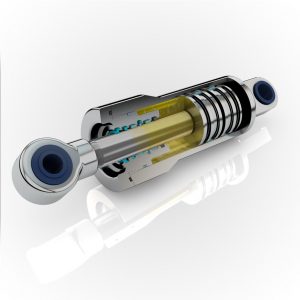 Performance, efficiency, and longevity are qualities that matter in fluid power applications. They’re also things that an effective sealing and lubrication system safeguards. Such a system demands a fresh approach to lubrication management, one that looks at each element of the system as a complementary component of a unified whole. A team approach is the foundation of good lubrication management and, even in a field that is still very much in its infancy, it’s easy to see the long-term benefits.

From the invention of the wheel and the discovery that animal fat smeared on axles would ease movement through to the cutting-edge machines of today’s heavy industry, lubrication has been integral to the story of humanity’s innovation and development. The scientific discovery of friction; the rise of petroleum lubricants; and the advent of synthetic solid, semisolid, and liquid lubricants are all part of the story. Lubrication management is the latest advancement improving the performance of the machines that make the world turn.

Today lubrication and sealing are critical to the performance of the total machine. And it’s widely recognized that the fundamental challenges in sealing moving machine parts are establishing a good sealing system and ensuring long service life. Solving these inextricably linked challenges is crucial to effective application performance. However, sealing and lubrication are often overlooked by plant managers, whose maintenance budgets may be allocated elsewhere. But lack of effective lubrication is identified as the primary cause of premature machine bearing failure.

Lubrication management is more than simply choosing and applying a lubricant. It’s managing and adjusting the lubrication conditions of all elements within a sealing system, which reduces the load on each element and optimizes performance in terms of friction-wear lifetime. This holistic approach to machine maintenance focused on the friction points of the seals and bearings is necessary because the interfaces between surfaces in motion are constantly subjected to pressure and wear.

Given the complexity of today’s industrial machines, suitable lubrication management takes a strategic, problem-solving approach. Reducing unplanned costs and downtime while maintaining the integrity of the sealing system requires assessment of potential issues before devising a solution.

The world is dynamic, and products are subject to failure. Energy continually shifts from one state to another while prevention of perpetual motion occurs by friction, wear, and resistance at the atomic level. In this physical universe, lubrication is one way to hold back the tide of entropy, which reduces the available energy to do mechanical work. Lubrication makes equipment run more smoothly, perform more efficiently, and last longer. The battlefronts for lubrication are a machine’s seal contact areas, or friction points; effectively lubricating them can be the difference between costly repairs and smooth running.

The exponential growth of technology and the resulting demands of an “always on” world mean that today’s machinery is increasingly dynamic, more efficient, intricate, and precision engineered. But this doesn’t mean machinery can break the laws of physics. Friction, wear, and pressure all pose threats to this machinery, potentially causing part failure, service downtime, and rising costs. And in applications in which seals play a critical safety and operational role, the challenge of friction and wear multiplies exponentially.

Friction is the great enemy, impacting hydraulic systems and seals in a variety of ways. When designing a lubrication management system, it’s important to consider many factors, including the following.

1. Pressure and speed. Smaller and lighter machines have led to an increase in the pressure and speed of hydraulic applications, pushing polyurethane materials to their sealing limits.

2. Coating of counter surfaces. Designers often do not consider the sealing system when selecting coatings, which can decrease the lifespan of both the seals and the machinery.

3. Rough surfaces. Tiny imperfections, embedded holes, uneven textures, and friction-creating characteristics in the interfacing surfaces of high-speed applications can abrade the seal as it passes.

4. Modifications and post-processing. Making seal modifications in isolation of the system overall to extend seal life and prevent wear can be costly.

Applying lubricants to seals under pressure loads can extend the life of the seal and mitigate the effects of friction and wear. However, this is a simplistic view given the previously mentioned speed and pressure challenges of modern machinery, as well as the mandatory need for redundancy in critical industrial applications.

In fluid power and hydraulic sealing applications, best practices involve using primary and secondary seals in tandem. The primary seal does the grunt work, maintaining integrity for as long as possible; the secondary seal is a redundancy measure, ready to step in when needed.

Conventional seals have high contact pressure with the rod, meaning an adequate amount of oil fails to be in the contact zone of the primary seal and cannot go through to the second seal, which is left in a dry running situation, which leads to high friction and wear.

To facilitate lubrication management, new innovative seal designs incorporate rounded sealing edges to give a neutral or inverse contact pressure. In this sealing arrangement, the primary seal still takes the pressure load in the hydraulic system, but it is lubricated much better and has an easier life in terms of friction and wear. That lowers contact pressure against the rod, which allows just enough lubricant to enter the hydraulic system to efficiently lubricate the piston rod, reducing friction and wear. The secondary seal is no longer dry running and operates under better conditions. If a pressure buildup occurs, there is a ventilation function built into the seals.

Trelleborg Sealing Solutions has rigorously tested this type of lubrication management technology. The testing included wear tests of a polytetrafluoroethylene (PTFE) sealing system against a laser-clad (an alternative to chrome) counter surface. Being soft and sensitive, it wears easily, and it is not an easy surface to seal against. In the tests, standard sealing configurations caused significant wear on the rod. However, the lubrication management technology showed virtually no wear on the rod or seals.

Friction tests for the PTFE system followed a standard procedure in which, on a test rig, the sealing system runs at a different velocity and pressure combination for 86,000 cycles and at temperatures of 30°C and 50°C (86°F and 122°F). The result showed a dramatic reduction in both constant and break-out friction along with a consequential wear reduction.

Trelleborg conducted similar tests on a polyurethane sealing system that yielded comparable results. In addition, we conducted a short-stroke endurance test that mimics pitch control cylinder applications in wind turbines. The stroke length was only 10 mm, so the primary seal never covered the same area as the secondary seal, making the lubrication conditions for the secondary seal very poor. The test ran at a velocity of just 4 mm per second, at constant pressure of 250 bar (3,626 psi) over 1 million double strokes.

After 1 million double strokes, both the primary and secondary seals were in good condition. The wear on the counter surface was much more impressive. With standard systems, there are issues with run in of the secondary seals. After the endurance test, the sealing system based on lubrication management technology showed only slight discoloration where there was contact between the seal and countersurface, and the wear was zero.

The demands of the modern world place increased pressure on machinery to work reliably for longer periods of time, while ongoing economic pressures fuel a never-ending quest for cost effectiveness. To meet these demands, it’s essential to keep things running smoothly, and lubrication management for sealing systems can help do this. To develop effective sealing systems, it is important to work with an experienced sealing solutions partner.