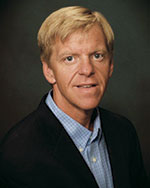 The International Fluid Power Society (IFPS) is pleased to announce Jeffrey Kenney, CFPMHM, CFPIHM, CFPMHT was elected 2020 president and chair during the IFPS annual meeting in Seattle, Washington. Mr. Kenney is the 60th president of the IFPS and will take office in January 2020.

Mr. Kenney served as the IFPS first vice president and IFPS treasurer, and has served on many committees. He is currently Director of Operations and Sales at Dover Hydraulics South. Mr. Kenney is a Navy Veteran and served in the U.S. Navy from 1988 to1997 as Mate Third Class Petty Officer where he received several awards, including Desert Storm/Desert Shield Medal and Navy Good Conduct Medal.

“I am humbled to be selected by the IFPS membership to serve as the 2020 president and chair. I look forward to supporting the Board of Directors and steer the IFPS in advancing education in the fluid power industry through certification,” said Mr. Kenney.

The following officers were confirmed at the meeting:

The following Directors-at-Large were re-confirmed during the annual meeting:

Honorary Directors-at-Large and Ex-Officio were also re-confirmed during the annual meeting:

A special thanks to outgoing past president, Dean Houdeshell, PE, CFPAI, CFPE, CFPS, CFPIHT, CFPMHT, CFPMHM – Cemen Tech Inc., outgoing Vice President of Marketing and Public Relations, Scott Nagro, CFPS – HydraForce, Inc. and outgoing Director-at-Large, Ed Rybarczyk, CFPAI/AJPP, CFPS – E.R. Consultants,  as they complete their tenures on the IFPS Board. Their many years of service, commitment, and expertise helped steer the Society in its mission.