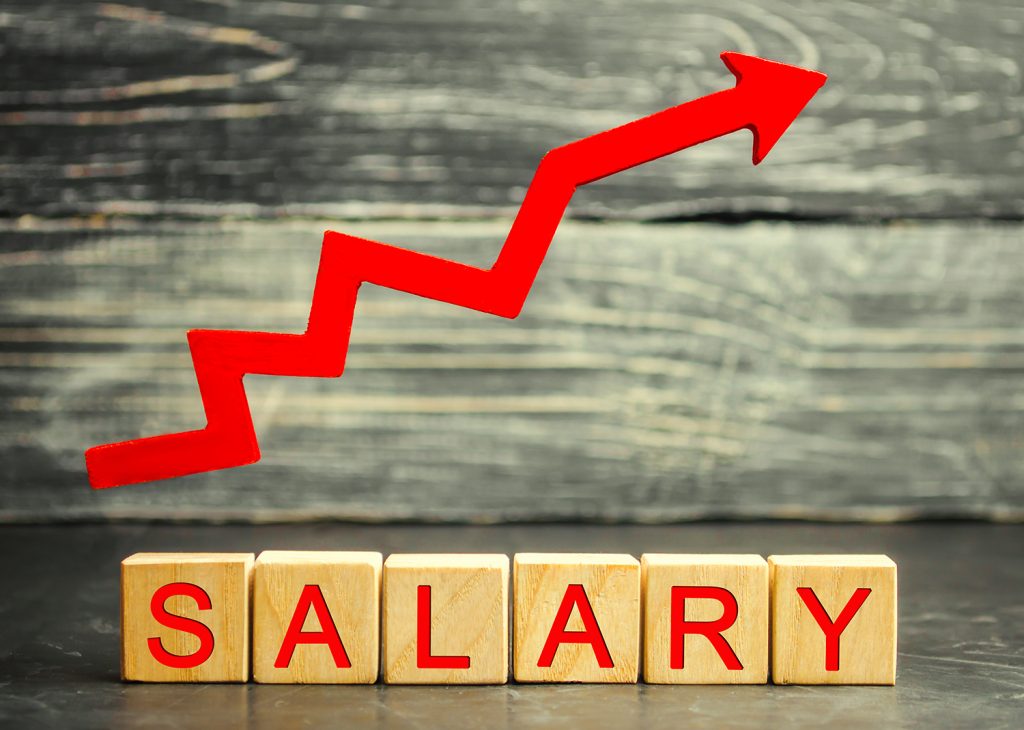 Manufacturers have been trying a number of strategies to alleviate a glut of job openings, including higher wages and better benefits, according to a survey by the National Association of Manufacturers’ Manufacturing Institute and Colonial Life.

The survey, released in May, showed that manufacturers are desperate to fill jobs in an economy where there just aren’t enough people who want to work.

Many companies are in markets where there is “intense competition” among manufacturers, distribution centers, and service-sector companies to find workers and, even when they find them, to keep them on the job.

The survey reported that 93% of respondents had unfilled positions for which they were struggling to find qualified applicants. More than 89% said they have increased compensation – including wages, salaries and benefits – to find and retain employees.

Manufacturers said that applicants are interested in various kinds of benefits besides insurance, including “bonuses and/or additional income opportunities, paid vacation leave, contributions to a 401(k) or retirement plan, paid sick leave, flexible work hours.” Many companies offered sign-on bonuses, something many respondents said they had never done before.

To attract and keep employees, many manufacturers are paying more attention to company culture. Respondents say employees today have an expectation of “being cared for.” They expect “frequent and effective communication,” which includes feelings of “being heard.” Applicants also expect training and upskilling, they expect companies to place an emphasis on their “health and safety,” and they expect companies to put effort into “more inclusivity.”

Companies are taking a number of steps to deal with the worker shortage. About 66% were using temporary staffing services, while 61% said they created or expanded training as a way to support current employees and encourage them to stay on the job. Companies are trying other ways to attract and keep employees. Forty-eight percent said they were “collaborating with educational institutions on skills certification programs.” Forty-two percent said they were “encouraging possible retirees to stay in their roles longer,” and about 37% have tried working with a local employment office.

How Manufacturers Are Addressing the Skills Shortage 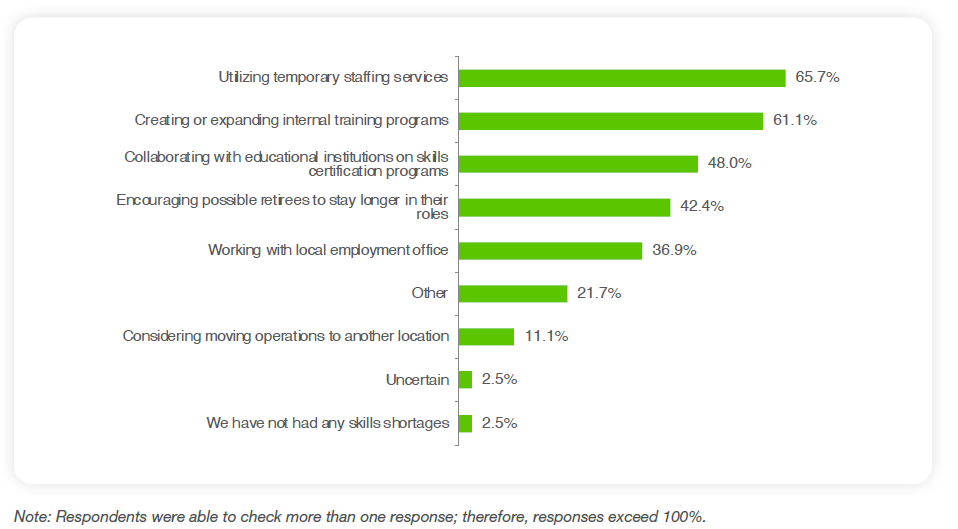 The survey found that other steps companies are taking to find workers included, “marketing the positions differently, hiring individuals with prior convictions, and altering shifts or the workweek to create more flexibility.”

Manufacturers are facing numerous obstacles to remain successful and competitive. Besides the hiring difficulties faced by businesses in all sectors of the economy, manufacturers are also dealing with supply chain bottlenecks and inflation that is raising costs, especially energy prices. The war in Ukraine is also causing uncertainty in the economic picture for many manufacturers, who face shortages of raw materials that are resulting in long lead times to fill orders.

Despite these drawbacks, nearly 90% of respondents to the National Association of Manufacturers’ Outlook Survey, conducted in the first quarter of 2022, said they were positive about growth at their companies. Manufacturing has rebounded strongly from the pandemic shutdowns in the spring of 2020. Manufacturers added more than 350,000 jobs in 2021, and about 174,000 already this year.