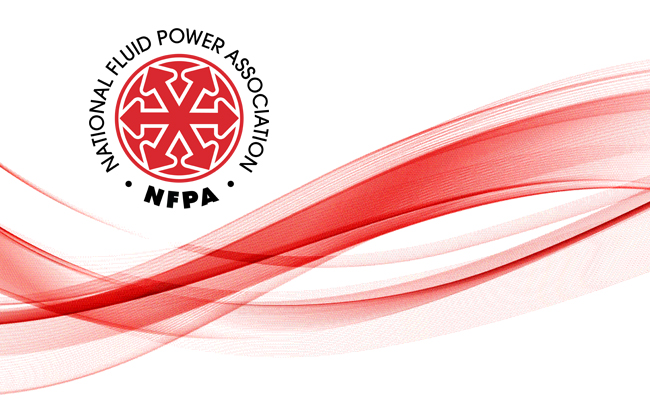 The National Fluid Power Association recently launched a task force that will work to provide, among other things, a definition of the term electrification as it concerns fluid power.

The task force kicked off Sept. 1 with a Zoom call of more than 30 participants who volunteered to take part. The task force’s “deliverable” is a report that NFPA will release at next year’s International Fluid Power Exhibition trade show.

The task force plans to hold a series of meetings once a month from October through March, then present the paper at IFPE in Chicago the week of March 13.

NFPA said it will share the report among members and stakeholders. NFPA will use it to “help inform the next NFPA technology road-mapping process, scheduled to begin in 2023.”

NFPA is still accepting volunteers for the task force.

In a press release, NFPA outlined the task force’s objectives as:

Terzo said in the Zoom meeting that an important item on the list above is the first one: exploring the myths, trends, and buzzwords that inhabit any discussion about electrification.

“The myths are important to address because a lot of time and energy is spent by NFPA members and the industry as a whole, focused on stuff that should not even be a concern,” Terzo said.

One of the first myths the task force plans to explore is that electrification will replace hydraulics.

“While [electrification] is going to affect a lot of stuff, I think that’s a huge myth,” Terzo said, acknowledging that it’s “something we need to focus on.”

Other myths the group listed to explore include: “Electromechanical actuation will keep increasing in power,” and “It’s either electric or hydraulic, one or the other.”

Terzo said the myths should be examined because they “may cause people to dismiss hydraulics or fluid power in their application.”

Arriving at a definition of electrification is a major goal of the task force and “will drive everything that follows,” Lanke said in the Zoom call.

He said a starting point toward a definition might be: “Electrification for the fluid power industry means powering a vehicle with an electric source of power – and there are many of those. Then how does the hydraulics best marry to that system?”

He summarized the task force’s objective in a question: “How do we better master the electrification trend?”