The Wolf at the Door 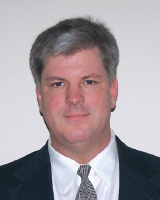 Here we go – another year and another IFPS president. And that is a good thing. The many new members serving on the Board of Directors bring new perspective and fresh ideas that are key in defining and promoting the Society’s mission to advance professionalism, education, and certification in the fluid power industry. Traditionally, the “Notable Words” column from the incoming president highlights the Society’s plans for the coming year. I can happily report that in 2016, a number of initiatives are underway, including the release of revised study manuals and tests for the Hydraulic, Pneumatic, and Electronic Controls Specialist certifications, development of the Electronic Controls Technician certification, continuing outreach to fluid power students and professionals through scholarships and educational programs, and lots of other really cool stuff. So now that we have the formality out of the way, please allow me to get on my soapbox.

We are in a crisis. Let me say that again. WE ARE IN A CRISIS! Much like the hard sciences and the skilled trades, the fluid power industry is suffering a drain on the talent pool that is alarming, to say the least. The number of individuals coming into and staying in the industry compared with those leaving or retiring is strikingly disproportionate. And if not addressed, the encroachment from competing technologies will only erode the footprint of fluid power as a dominant force in mechanical transmission of power and motion control.

In the recent Republican debate, Senator Marco Rubio’s comment that “We need more welders and less philosophers” has certainly resonated with a lot of people, regardless of their political leanings.  (I will add that we need a lot more fluid power professionals, too.) This is not a jab at the liberal arts, but it is somewhat disingenuous to not recognize there are a lot of very smart people with university educations preparing to enter the workforce with abilities that do not align with the needs of the marketplace. Or more plainly put, in many instances, we as a nation are over-educated and under-skilled.  The impact of this is that the younger talent needed in the skilled trades is not keeping pace with the demand as older employees leave the workplace. And as increasingly difficult as it will be to find this new talent, it will even be more difficult to transfer the knowledge base unless they have the necessary skills to understand and apply it.

In a recent study by Deloitte Development and the Manufacturing Institute, The Skills Gap in U.S. Manufacturing 2015 and Beyond, it was noted that “The areas of skilled production (machinists, operators, and technicians) will be the hardest hit, and considering skilled production occupations account for over 50% of the total manufacturing workforce, worker shortages in this category will present a significant challenge to companies.” And in my experience, this trend cuts deeper and wider in fluid power than just about any industry.

So where does this leave us in fluid power? If we as an industry do not recognize the wolf at the door and fail to invest in the development of our employees, including training and certification, we are inadvertently promoting the industry’s and maybe even our own company’s demise. At the same time, there is also great opportunity for those willing to learn new skills and to work hard in applying them. According to the National Association of Manufacturers, in 2013, an average manufacturing income was 20% higher than compared to what an average worker earned in other occupations. And I am here to tell you those kinds of careers are available in fluid power if you are willing to work.

So as we embark on a new year and the challenges ahead, the only certainty we have, the only constant, is change. Or better put, in the words of the greatest of all philosophers Yogi Berra: “The future ain’t what it used to be.”

About the Author: Rance Herren, CFPSD, CFPECS, CFPMT, CFPAI, is the manager of hydraulic systems and controls for the Rig Solutions division of National Oilwell Varco. Rance is also the 2016 IFPS President. He can be reached at hydradude@earthlink.net.