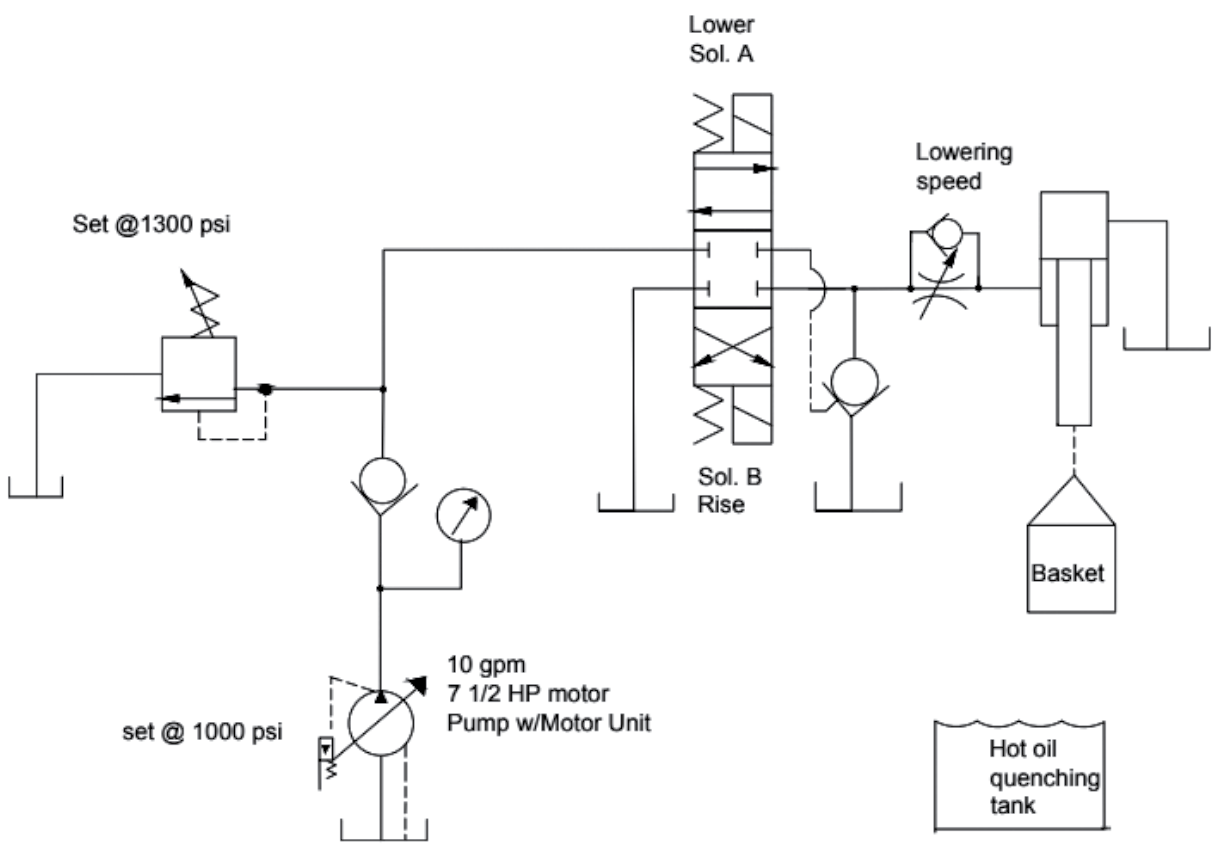 We were called out to trouble shoot a problem on a heat-treating system’s hydraulic unit in which the electric motor was reading twice the nameplate amperage and causing the overloads to fail. The customer had the motor checked out by a reliable motor-repair house and they felt the problem was with the hydraulic system.

The system had an overhead vertically mounted cylinder with the rod end attached to a large basket. The rod would extend lowering the basket into the hot quenching fluid, where it would sit for hours and then would be raised to the unloading position by retracting the cylinder.

When we arrived, we found the that the overload problem would happen every so often when the cylinder was lowered by the weight of the basket pulling on the rod. When the machine would cycle normally, our amp meter never exceeded the maximum nameplate amp rating of 20 amp, but when the problem popped up, the amps would exceed 108 inrush and drop to 40 amps and trip the overloads all within 1 to 2 seconds. We could not find any mechanical malfunctions, so it had to be a hydraulic problem.

Any idea what the problem turned out to be?