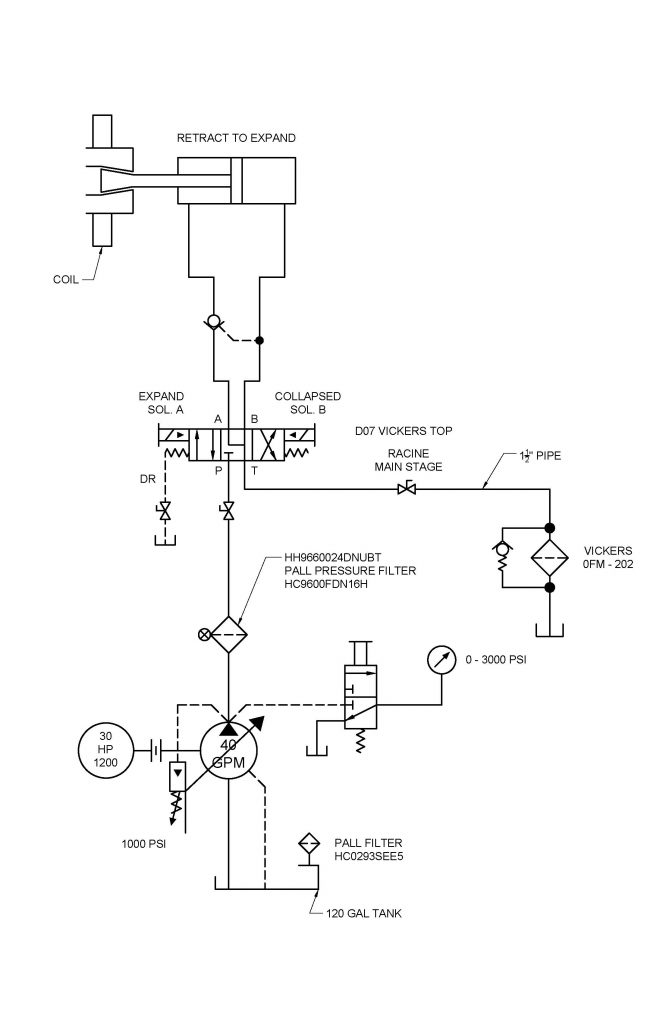 I got a call to help with a problem on an aluminum uncoiling station. The customer would collapse the expander that held the coil and installed a new coil to unwrap. They would cycle the directional valve back and forth while properly positioning the coil. If they were having trouble and cycled the directional valve more than four to six times, the valve would lock up and wouldn’t shift in either direction.

They would call maintenance to troubleshoot the problem and, depending how quickly maintenance arrived, the valve would either cycle or lock up. The longer it took, the better chance the valve would then work. But if they cycled it several times, it would lock up. The directional valve and PO check were mounted close to the expander, while the power unit was about 30 feet away. The pump did supply oil to three other functions that had directly operated valves, and they worked well. They replaced the directional valve with a new one, and it would cycle 10 to 12 times and then lock up.

Pilot operated valves often have problems associated with the pilot drain and pilot pressure plugs. The rule of thumb is, if the pilot has external plumbing, there should be a solid plug installed inside the valve. No plumbing, no plugs except ones with orifices. Typically, if it is a pilot pressure problem, the valve will not shift even once. If it is a pilot drain problem, it will shift several times and then lock up. When I arrived, they could not find a schematic. When I reviewed the power unit to sketch it, I found the drain line ball valve was closed and causing the problem.