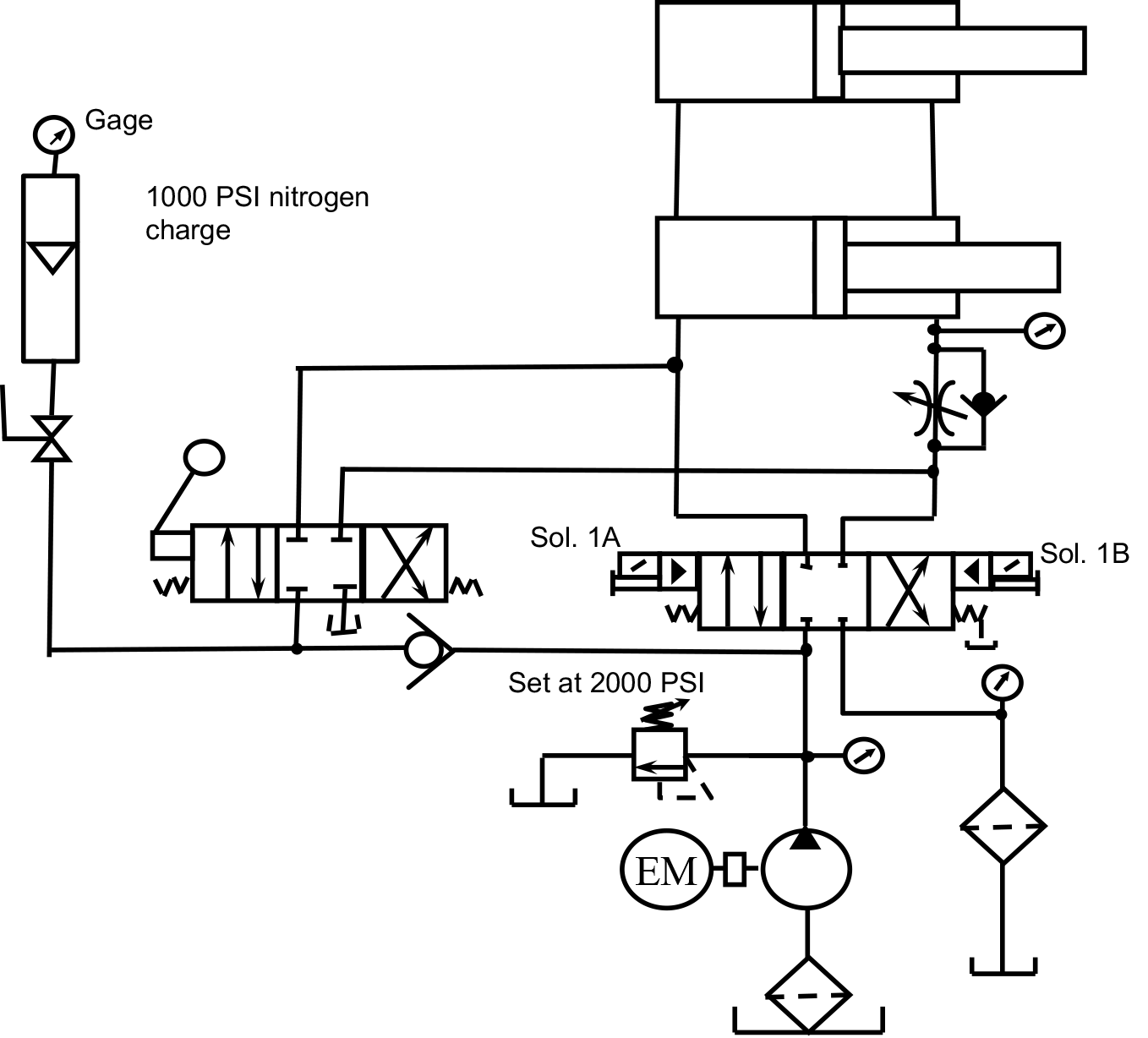 A local repair shop was asked to troubleshoot a problem on the hydraulic system that closes a watertight door on a floating casino. The circuit was designed with an electrically driven hydraulic power unit that would open and close the door with two hydraulic cylinders. If there was a power failure, the normally open door would be closed with a manual hydraulic valve connected to an accumulator.

A problem was encountered when the door was tested during a safety inspection. They found that the accumulator circuit that was designed to open and close the door two complete cycles out and back only moved the door in one position about halfway and would fail to move any further.

If they put power to the hydraulic unit, it would cycle the door as needed. Shutting it down and trying the manually operated piston accumulator cycle would only move the cylinder halfway before it stopped. They observed the nitrogen gas charge would show system pressure when the main electric unit was running and dropped to a very low pressure when the manual circuit was engaged.

The safety door emergency system accumulator piston was leaking oil to the nitrogen side, reducing the oil volume the accumulator could deliver. A replacement cured the problem.