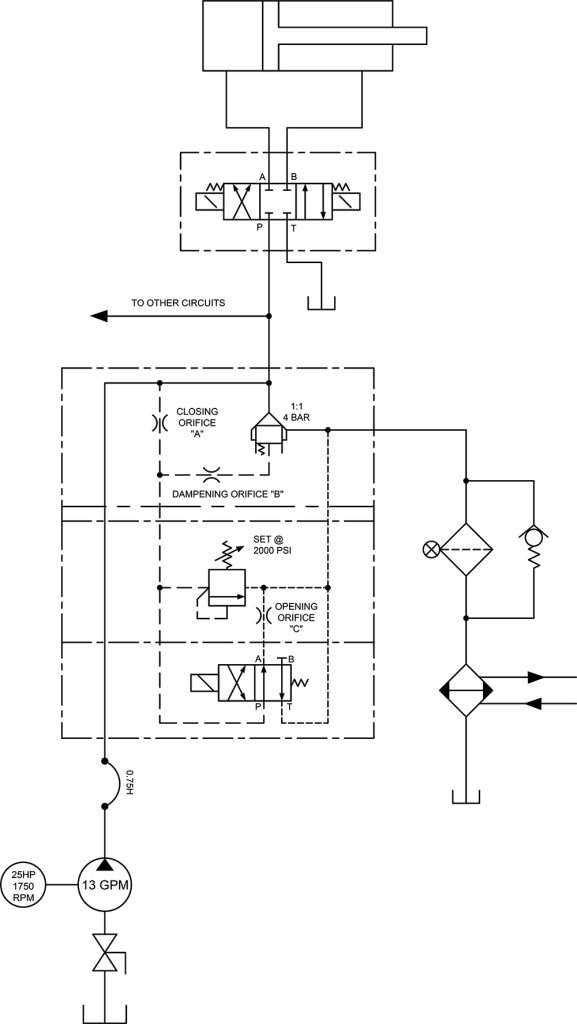 A cargo ship uses a hydraulic power unit to open and close several hatch doors in the grain storage areas. There are eight cylinders and valves located close to eight doors with the HPU on a lower deck. The circuit they attached was the only one they had. All the cylinders were 5-inch bore with 3½-inch diameter rods. Extending the cylinder would open the door.

Originally, pressing a button for any solenoid energized the solenoid on the unloading valve on top of the main relief and turned on the electric motor. However, someone had rewired the electric motor to run continuously and changed the pump to a pressure-compensated 20-gpm piston.

They’re now experiencing a new problem with cylinders drifting out and causing hatch doors to open.

It appears someone upgraded the system to increase the open and close speeds of the cylinders and used a pressure-compensated pump with the blocked system. The directional valves leaked, allowing the actuator ports to build up to half of system pressures for motors. With cylinders having a 2:1 area ratio, the cap force is larger than the rod side and, depending on the seal friction, can drift out in the neutral position.

We changed the spools to connect A to T, with P and B block. Now the cylinder would tend to drift retracting.