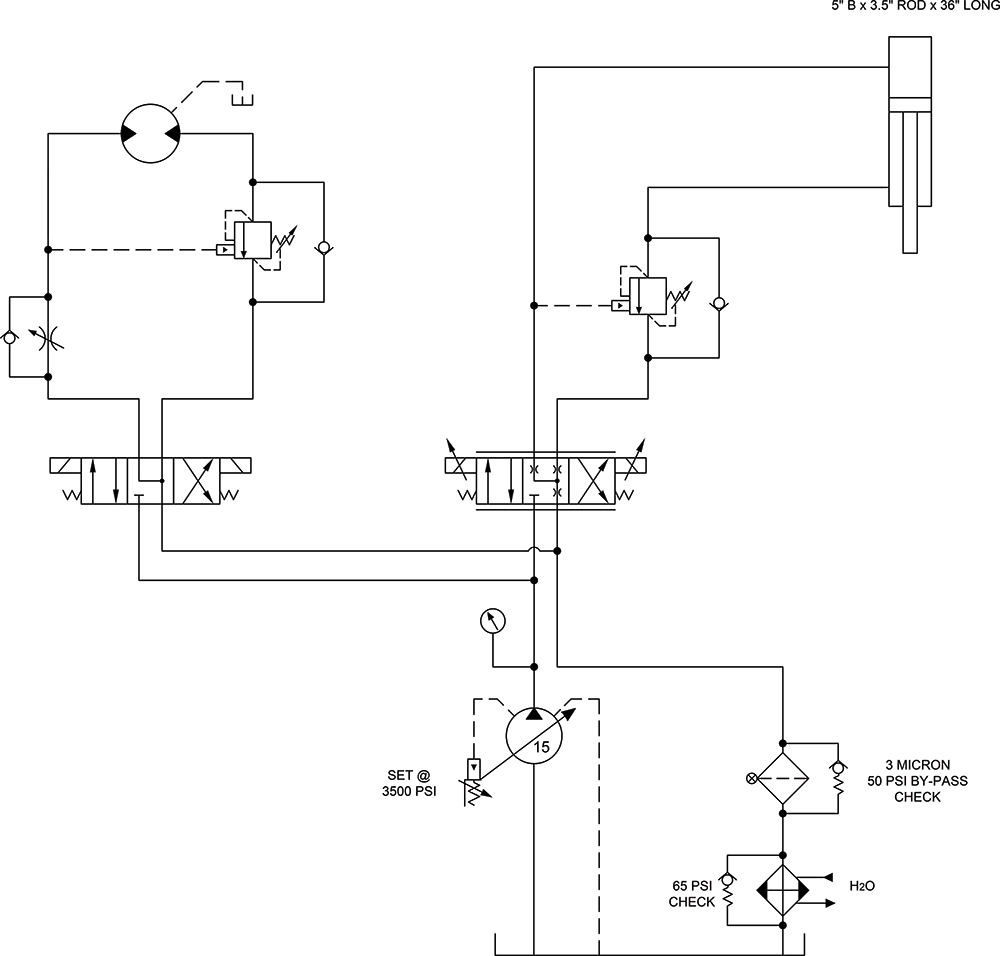 A customer was rearranging his shop floor to accommodate a new assembly line. They moved a clamp and grind machine to a location where there was too little room to place the HPU close to the machine. The existing hoses connecting the two were 30 feet long and routed through a hole in a wall to the unit.

The company realized that the longer hoses needed their size increased to account for the pressure drop caused by their new length.

But they encountered a problem during start-up. The cylinder wasn’t responding as in the past. It could not reach max speed extending, and there seemed to be little control of the retract speed. The counterbalance valve was mounted close to the cylinder.

They installed a new counterbalance valve, but there was no change. Even a new proportional valve didn’t help.

Solution to the November 2022 problem:

Moving an HPU further away from the machine should not cause a problem if the conductor size is increased. The cylinder had a 2:1 ratio when comparing the area ratios. The oil volume leaving the cylinder when retracting is twice the flow rate entering the cylinder. The spools commonly used for this application have larger orifices for the larger retract flow and smaller orifices for controlling the rod’s lower flow. Switching the A and B hose connections feeding the cylinder circuit solved the problem.