How Alternative Coatings Can Boost Performance in Hydraulic Systems

Alternatives to chrome coatings are becoming more common for coating piston rods in hydraulic systems. This is due to the 2017 REACH (registration, evaluation, authorization, and restriction of chemicals) restriction on the use of any coating or plating using hexavalent chromium (CR6).  This was designed to protect humans and the environment from potentially harmful chemicals.

Most sealing surface-finish guidance, however, is still based on 2D finish characteristics for use with chromium layers. This can significantly affect performance and system life in hydraulic systems because the lubrication within these systems is fundamentally affected by the surface finish of the mating surfaces.

A better solution is a 3D approach, taking into consideration the intersection of seals, fluid, and mating surface finish. Tribology: the science and engineering of interacting surfaces in relative motion, including the study and application of the principles of friction, lubrication, and wear, should be optimized. In this article, we’ll explain how to fully optimize the tribology effect within hydraulic systems using chrome alternatives.

How Surface Finish and Roughness Comes Into Play

Whether single- or double-acting, a hydraulic cylinder converts energy stored in the hydraulic fluid into a force used to move the cylinder in a linear direction. The cylinder barrel contains a piston connected to a piston rod. Coatings are usually applied to the piston rod to improve its friction characteristics, maximizing performance and minimizing wear. Those coatings are finished to roughness recommendations from seal suppliers so that seals achieve optimum function.

Surface roughness describes deviations in the direction of the normal vector of a surface from its ideal form. Large deviations mean a rough surface; small deviations indicate a smooth surface.

The most commonly used roughness parameter is the Ra, which is the arithmetic average of all absolute values of the profile height deviations from the mean—the average of a set of individual measurements of a surface’s peaks and valleys.

Two other 2D measures are also commonly used: Rz and Rz1max. Rz is the average measurement of the vertical distance from the highest peak to the lowest valley in five sample lengths. The Rz1max takes the largest of the five Rzi values from the five sampling lengths over the total measured length.

The issue with continuing to use these 2D measures is that alternative coatings have a fundamentally different topography. 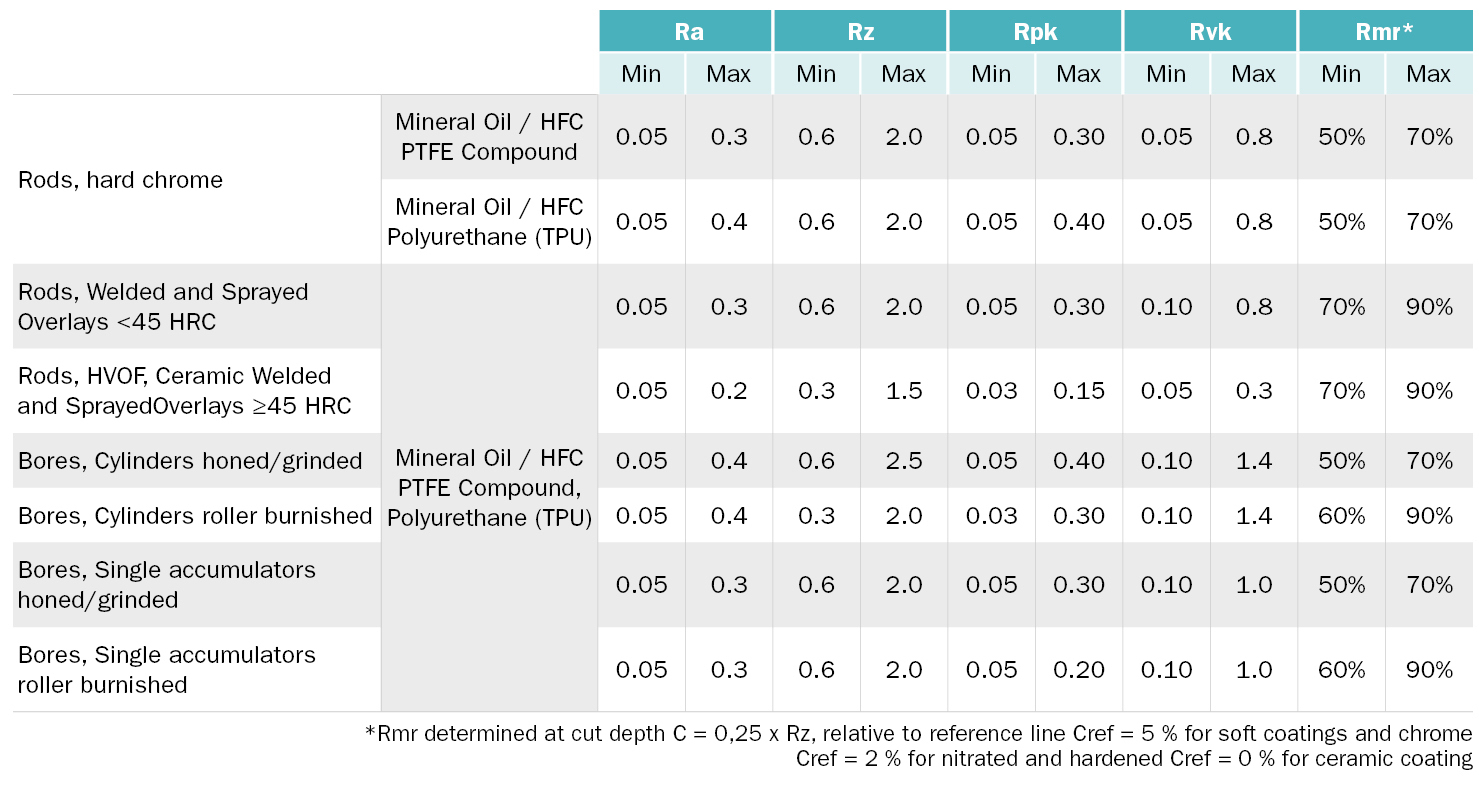 TABLE 1: Extended approach to the description of mating surface

The two main types of alternative processes being used to coat piston rods are High Velocity Oxygen Fuel (HVOF) and laser metal deposition (LMD). The former uses the combustion of a gas (e.g., oxygen) and a liquid fuel (e.g., kerosene) to spray a layer of tungsten carbide, chromium carbide, or nickel onto the rod in a thickness of about 0.1 mm to 0.3mm.

The latter uses a laser to generate a molten bath on the existing surface into which one or more metal powders is sprayed. Typical materials sprayed onto the surface include nickel, steel, and/or carbide blends. These materials coat the rod in thicknesses between 0.2 mm and 4 mm and are often softer than HVOF or chrome layers.

The typography of both HVOF and LMD differ significantly from chrome in their Ra, Rz, and Rmax values, having significantly fewer 2D profile height deviations. This means that to ensure proper film formation, other surface finish parameters must be considered.

In hydraulic systems, tribology refers to proper tuning of the seal, the hydraulic fluid, and the mating surface. To optimize a hydraulic system using either HVOF or LMD, the suitability of the surface should be based on 3D parameters: the material ratio curve (Rmr), the reduced peak height (Rpk), the reduced valley depth (Rvk), and the core region (Rk).

However, to truly optimize system tribology, one must also take into consideration coatings, piston manufacturing methods, and piston type. This requires evaluating the run-in behavior of the seal and mating surface by measuring the surface topography with different depths of cut, with a cutting reference of 0%, 2%, and 5%. This will allow the different wear behaviors of each surface coating to be considered.

By differentiating in terms of coating, manufacturing process, and distinction of piston rod or piston tube, an extended approach for describing mating surfaces can be created. This includes the standard measurements of Ra and Rz and extends them to include Rpk and Rvk along with Rmr at various percentage cutting references based on the coating. Additionally, upper and lower limits can be set to properly describe the full topography of the various surfaces.

Extensive dynamic tests using a variety of sealing loads and materials in both rod and piston configurations were conducted to provide the data for the table shown on pg 30. The leakage of the system and the wear behaviors of both the seals and mating surface ultimately determined the limits for each parameter.

Although surface topography plays a critical role in system life, as emphasized above, it’s not the only factor that can affect how long equipment performs at optimum levels. An increased understanding of surface finish and tribology can be combined with Lubrication Management technology to realize a fully optimized hydraulic sealing system.

Lubrication Management involves using a tandem sealing arrangement where the primary seal has a rounded contact surface that enables an ideal lubrication-film to be formed that also extends to the secondary seal.

This phenomenon has been proven through side-by-side testing on laser-clad piston rods with identical surface topography based on the previously highlighted recommendations. The results showed significant reductions in surface smoothing for the system employing Lubrication Management.

Importantly, the system with Lubrication Management experienced reduced friction and up to four times less seal wear on both the primary and secondary seals. This outcome effectively demonstrates how Lubrication Management can further extend system life. However, it’s important to understand this can only be achieved with a surface-finish recommendation that allows the effective tuning of the tribology of the hydraulic system.

Detailed surface finish measurements have shown that recommendations for chrome plated surfaces do not completely characterize the necessary parameters for surfaces using alternative coatings. With an extended approach to measurements and analysis, numerous tests have allowed for the benchmarking of proper surface finish recommendations for the full spectrum of surface coatings and hardware configurations.

Furthermore, testing on these tuned surfaces has shown that the current performance limits of sealing systems can be considerably extended by adding Lubrication Management technology, thus producing an even higher degree of robustness than tribologically assessed mating surfaces alone.

Beth Figliulo is the Fluid Power Segment Manager for Trelleborg Sealing Solutions. She is responsible for the coordination of all aspects of Trelleborg’s fluid power operations and sales. She has held various technical, engineering, and sales roles at Trelleborg. She has a degree in Engineering Design from Northern Illinois University and an MBA from University of Illinois Urbana-Champaign.

Michael Cook is a Fluid Power Technical Specialist for Trelleborg Sealing Solutions. He is focused on the technical and training aspects of Trelleborg’s fluid power segment. He has worked in various technical and engineering roles for Trelleborg, Coiling Technologies, and Wyle. Cook has a degree in Biomedical Engineering from Texas A&M University and a Masters in Engineering Management from Ohio University.