How I Got My First Job With IFPS Certification 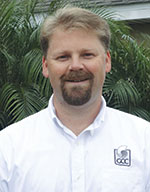 My fluid power journey began in September 1998. I was hired by a distributor in South Carolina and started in shipping and receiving plus counter sales. I never knew how many hose assemblies one person could build in a single day…

Parker Hannifin was very involved with the IFPS and asked its distributor partners to get as many people as possible certified. We decided to tackle the Fluid Power Specialist certification, which had recently been split into the two tests we know today, Pneumatic and Hydraulic. Our management offered to pay a bonus for passing, so several guys started studying once a week. We also saw this as an opportunity to grow ourselves professionally, which in turn would grow our company. Several months of hard work later, we all passed.

Fast forward to September 2003. At that point, I had a growing family that necessitated a higher-paying job. I found a posting from Gulf Controls Co. (GCC), LLC via Monster.com. GCC was looking for a territory manager for Central Florida, a job I felt qualified for, so I built a resume to post online.

Monster allows just five words to describe your experience to a prospective employer. Realizing that “super-awesome, smart, cool guy” probably wouldn’t cut it, I chose four: Certified Fluid Power Specialist. Perfect—it fit the job requirements and provided something akin to a college degree: instant credibility. I flew down for an interview and was offered the job two weeks later.  In December 2012, I started my 10th year with this company.

People in the fluid power field would likely agree with the following:

I would advise anyone looking to grow his or her marketability and professional life to consider earning a certification. There are many to choose from, so check out www.ifps.org to see what fits your job or skill-set best. Trust me when I tell you how valuable certification can be!