How to Make a Positive Impact in 2016 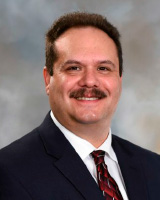 Now that the holiday rush has ended, we settle into the New Year and brace ourselves for the onslaught of winter. It is now, when the hustle and bustle is over, that I find myself nestling down in front of the fire, reflecting back on the old year and thinking about what I want to do to make the New Year better. Who has positively influenced me, and how can I positively influence others?

This past year, my oldest son, Joshua, earned his Eagle Badge in Boy Scouts, applied to the Coast Guard Academy, and earned some scholarships to attend a few great schools. He ultimately ended up going to school at Duquesne University in Pittsburgh. As you may have guessed, I am very proud of him and his accomplishments!

I am also very impressed by a few of his fellow Eagle Scout buddies. One went to Purdue University, and two others went to the community college as a stepping-stone to other universities.

However, there was one of my son’s Boy Scout friends whose decision about his future really caught my interest. This young man walked up to his parents after graduation and said that he really didn’t want to embark on this four-year journey, go into debt, and not be guaranteed a job in the end. He already had a job doing mechanic work he enjoyed, and he wanted to learn a trade. He was offered the opportunity to apprentice in the shop while he put his application into the union training program. The first time this boy interviewed for the training program, he was selected. This company knew this young man had the focus to follow through. He was proven.

What bothered me were a few of the comments I heard from other people judging his success on whether or not he went to college. Learning a trade was not in their definition of being successful. This young man is going to learn a trade where he can earn good money, have benefits, and have a career. He is going to contribute to the local economy, volunteer in the local church and community organizations, buy a home, start a family in the area where he grew up, and continue building a lifetime of memories with family and friends. If that isn’t the definition of success, I don’t know what is!

How many of you started your careers the same way? Perhaps you started with a local fluid power business, learned the trade, and earned promotions as you gained experience. Maybe you joined the International Fluid Power Society and became certified in one or more aspects of fluid power. Despite the challenges, you found your path and made a career. Who was that person or mentor in your life who became pivotal in your success? Who gave you that hand-up? What can you do to give someone else that hand-up? At Christmas, we give handouts because it just feels good. Now that Christmas is over, let’s give a hand-up and make a real difference in someone’s life.

Join me, as the 2016 chairman of the Fluid Power Educational Foundation, in giving a hand-up to students attending classes in fluid power. Let’s give a hand-up to our returning veterans who are starting a new career. Let’s give a hand-up by helping the FPEF scholarship recipients start a new career in our industry. Log on to www.FPEF.org and make a donation today to make a true difference in the lives of our future fluid power professionals.