Overheating on a Large Forging Press

The circuit shown in Fig. 1 has been simplified; the unit had three pumps working together, several cylinders connected in parallel, and several accumulators all tied together. All the machines had identical kidney loop cooler and filtrations systems that were proven to be working properly.

The overheated oil was coming from the main manifold. They screwed the flow control rod on the 16-mm cartridge all the way in to lock the moving element in place, thinking it was popping open each cycle. It didn’t solve the problem. The main safety relief was set properly. 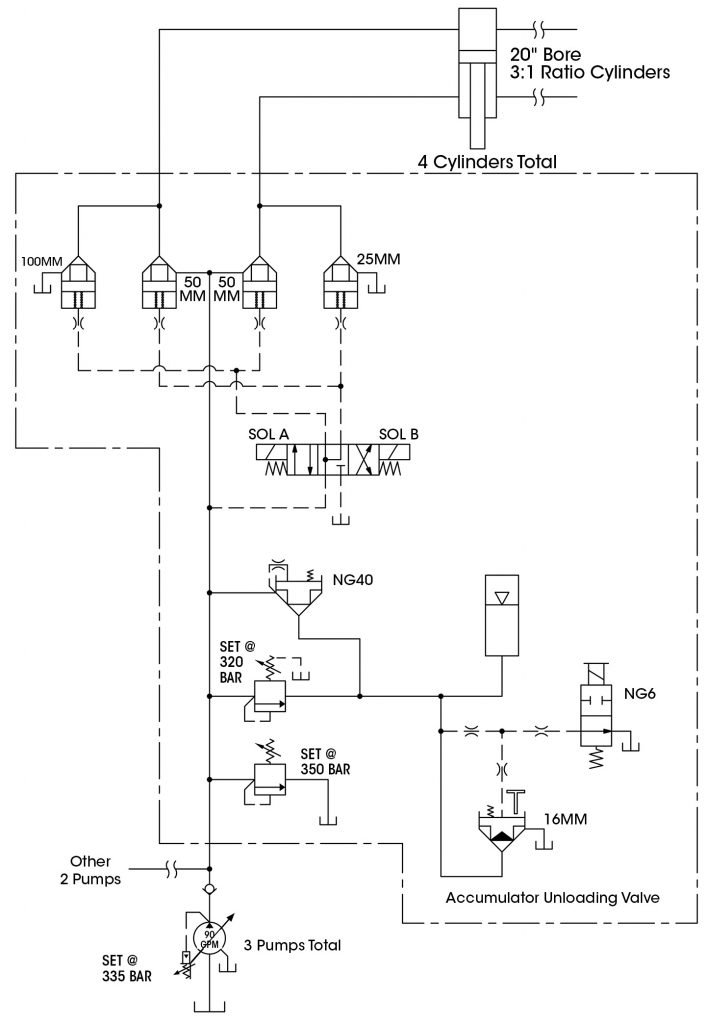 Any idea what could be causing the problem?

When the workers couldn’t find a problem causing overheating on the press, they started removing each component one by one hoping to find something that failed. When they got to the accumulator unloading valve, they found the sleeve and moving poppet were eroded away, allowing 335-bar fluid to discharge to the tank. This would heat the volume of oil leaking back to the tank up approximately 30 to 35°F. They pulled the sleeve out of the manifold and also found that the steel surface around the “B” side of the sleeve was badly eroded as well, but not to the point it would cause a problem.

High-velocity 335-bar oil discharging to a low-pressure tank line can cause cavitation. The fix was to add a 5-bar check valve to the tank line after the logic valve where it leaves the manifold. This back pressure is enough to prevent the cavitation bubbles from forming and eliminating the erosion problem.

5 thoughts on “Overheating on a Large Forging Press”