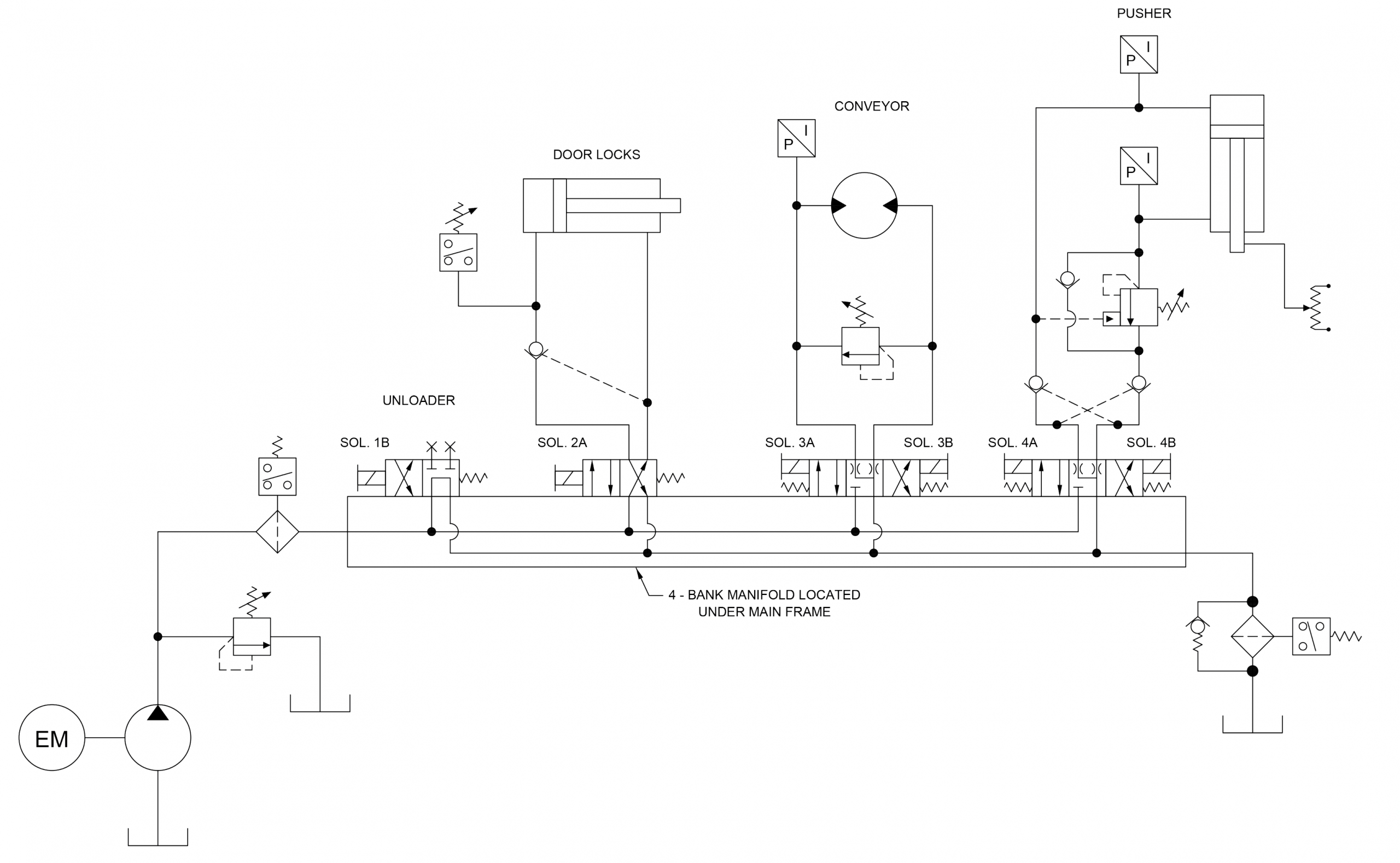 The maintenance department of a large recycling company had us look at a metal shredder that had problems with two “pusher cylinders” stopping midway in their stroke.

The shredder had a 6-foot diameter shredding drum approximately 12 feet long driven by a hydrostatic system using an 800-hp electric motor driving two large pumps and four hydraulic motors. Two separate open loop hydraulic systems ran the auxiliary cylinders and motors that fed the raw material and then removed the shredded metal. The two cylinders would push the metal down a chute until it engaged the shredding drum. They were controlled by one directional valve stack on a manifold. There were multiple hydraulic feedback devices sending signals to the unit’s computer.

The above control circuit for the push cylinders (only one cylinder is shown) includes a counterbalance valve that was recently added with the thinking that they would keep the cylinders from stopping every few hours in midstroke. They were sure the computer was not the problem.

They had to stop the machine, remove, and reinstall the counterbalance valve, and then the system would start up again. They replaced the directional valve and pilot-operated checks, but it did not help. The valve’s coil indicator light was on, and they would manually shift the directional valve, but it made no difference. I then asked what the pressure on the HPU read, and they said it was on the other side of the machine where the HPU was located, and the gauge was broke. The unit was running when I arrived and could not do much.

What would you tell them to check the next time it failed?

The shredder that had problems with stopping midstroke was running when I arrived. I told them to make sure the “unloader” valve on the manifold with the pusher cylinders was energized and, if it wasn’t, the computer was probably responding to a pressure transducer spike and de-energized the unloader valve.

Following up on the problem, they confirmed that the computer told the unloader valve to de-energize. Adding a time delay in the computer program to ignore momentary pressure spikes from a pressure transducer solved the problem.