Pressure-reducing Valve Would Not Reduce the Pressure 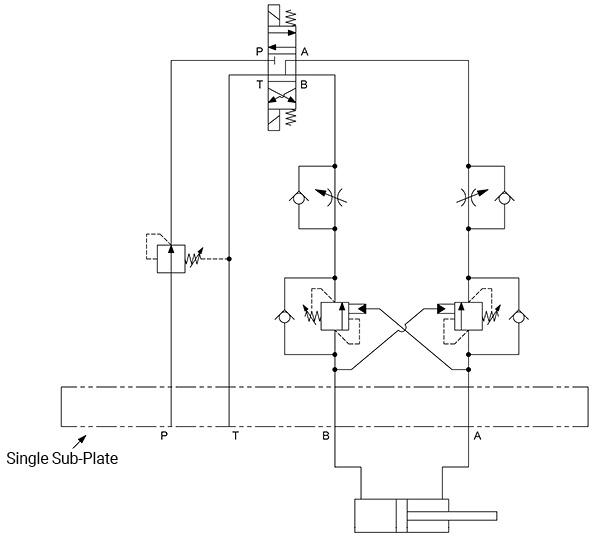 A steel processor had purchased a used machine and about 2 years later found the time and money to install it in their plant. There were three manifolds with four (4) blocked center valves and a single valve subplate for a long eject cylinder.

Their maintenance group installed the power unit and piped over to the manifolds mounted on each of the four (4) stations. During start-up, the multi-valve manifolds worked well, but the single valve station had a problem. The cylinder would extend and retract, but the pressure-reducing valve would not reduce the pressure and the adjustment knob was hard to turn. They purchased a new replacement, but it did not fix the problem. They removed the counterbalance valve in the stack, but that created another problem with the cylinder drifting out when the directional valve was in the center position.

When pressure reducing valves adjustment knob is hard to turn, it normally is due to the spring chamber seeing hydraulic pressure. This pressure is also an additive to the spring adjustment setting. When we inspected the unit, we found the pressure supply and return connection were plumbed up backwards.