Not surprisingly, high-quality seismic data is mission critical. Geophysical surveys can cost $50,000 or more per square mile depending on the territory, and multi-million dollar projects—sometimes billion-dollar projects—are ultimately on the line. In short, there’s no tolerance or margin for error in this industry.

Thumper trucks are intricate machines, however, powered by complex hydraulic and mechanical systems. To generate the massive force necessary for a controlled and effective sound blast (for perspective, dynamite used to be the preferred method for this), all equipment must be highly precise and high performing (Fig. 2).

High-intensity vibration exposes these high-performance valves, which are usually complex three-stage and four-way valves, to a variety of problems that can corrupt other parts and lead to failure and downtime. Although these issues are difficult to diagnose in the field, servo valve failure is most often caused by the following:

Unfortunately, pinpointing the faulty servo valve component is only half the battle. 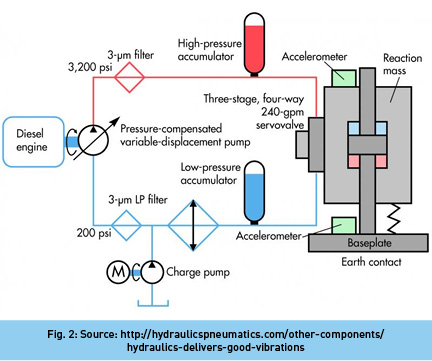 Regardless of whether or not the defective or broken part is identified, most geophysical exploration companies rely on the component’s OEM to restore equipment to working order. This dependence on OEMs is a costly and inefficient arrangement because it typically only provides customers with one option: replace your out-of-warranty defective parts with brand-new (expensive) parts.

PSI’s servo valve lab operations are set in a temperature-controlled, clean room environment. When a defective valve is shipped to the PSI facility and the staff determines the extent of the damage, the following repair steps are executed:

4. Clean all parts ultrasonically in a heated vapor degreaser system.

When the PSI repair process is complete, the remanufactured, like-new condition servo valve will always meet the same industry specifications for performance as new valves, and it will often exceed the expected lifetime of the original valve.