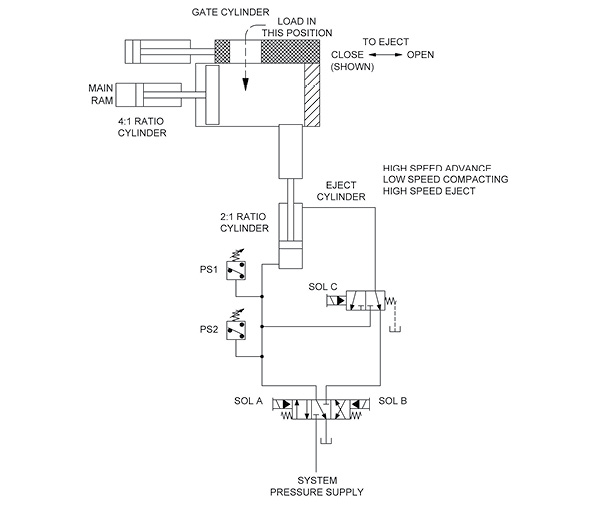 We received a call from a stamping company complaining about a large compactor’s “ejection cylinder” running slow. When our teammate Brian Szuch arrived, he found the cylinder’s function was also part of the compacting circuit.

The problem was the eject cylinder extending at low speed and only going to high speed when ejecting the bail from the compactor.

Any idea what caused the problem?

The slow speed problem with the compactor was caused by the pressure switch PS-1. Its contacts were fused together signaling to the PLC that the cylinder was meeting maximum compacting resistance.