The Value of Fluid Power Certification That Speaks to the Customer 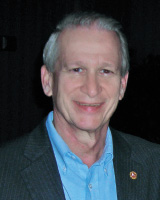 When I started CFC Industrial Training in 1990, we were known as Certified Fluid Consultants and commonly referred to as “CFC.” In 1999, my brother and I combined our two businesses and were known as CFC-Solar, again often referred to as CFC. Several years later, with the advent of the internet and search engines, we officially changed to CFC Industrial Training since we no longer did any training or consulting in the solar arena. I also searched the internet for the phrase “hydraulic training” and 40 pages later, we still did not show up. (However, we did show up on the first page if you searched for “solar.”)

The reason I bring this up is because we knew a company that wanted to train us on how to use the internet to our advantage, but we just kept doing what we were used to. It was an eye opener to the hits and request for quotes we received when we finally agreed to the training in this area, changing our name, and understanding the search engine world and the value of keywords.

Recently, I was teaching at a school for a hydraulic distributors customer and during the class, I was asked to look at a very large front-end loader problem. The dealership for the machine replaced a 5-gear pump stack, a bank of directional valves, and still could not solve the problem of not having any pressure to lift the bucket. They invoiced the user approximately $25,000 and the machine was still out of service. The class and I studied the circuit drawing, checked a remote pressure control in the cab, and found a $6.00 spring was broken!

I also owned a hydraulic repair shop in the ‘80s and up to 60% of the pumps we received were in good condition. They were removed due to a lack of pressure caused by a different problem. It was determined that the BP Horizon’s oil field disaster’s number one fault was lack of proper training.

I think that over 50% of the hydraulic problems we resolve are a result of the maintenance’s personnel lack of adequate training, rather than a lack of effort or ability on their part. Good training pays for itself in uptime and reduced replacement parts.