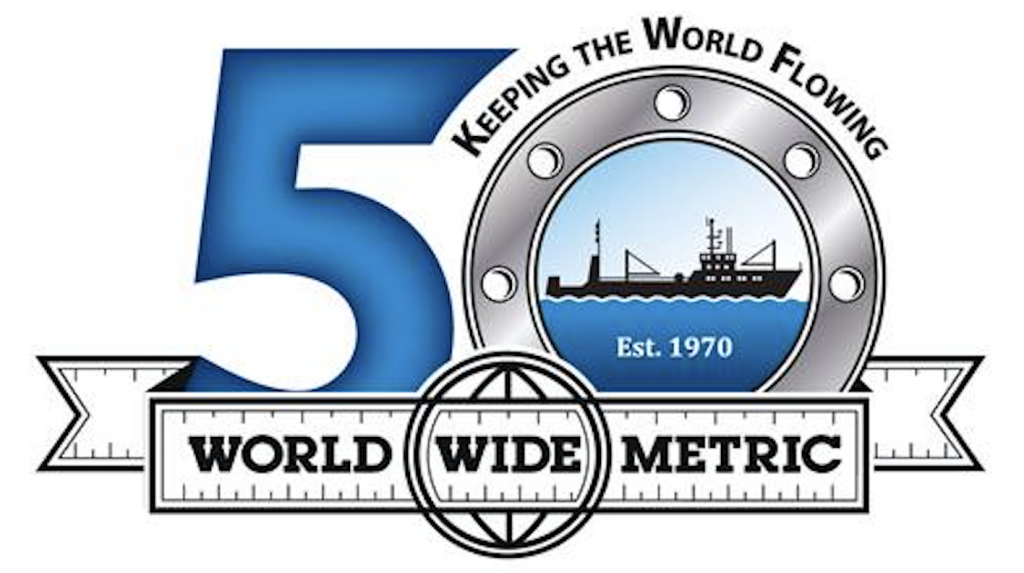 World Wide Metric views itself as an efficient, resourceful and innovative supplier that grew into an integral part of their customers’ supply chain. The company’s approach to procurement and customer service helped it remain true to the values on which it was built.

World Wide Metric grew from a small ship-repair company to a global supplier. The family-owned firm was founded in 1970 by former ship captain Constantinos Contos in Brooklyn, N.Y. Contos’s vision changed course when he recognized a lack of metric parts in the United States. After searching for suppliers and manufacturers overseas, he began importing valves and flanges in metric Japanese (JIS) and European (DIN) standards. Sales grew quickly, and by 1985, Contos decided to leave the ship-repair business altogether and focus solely on the wholesale distribution of metric parts to the marine and industrial markets. 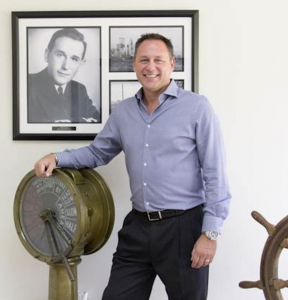 World Wide Metric CEO George Contos stands in front of a picture of his father Constantinos Contos, who founded the company in 1970. George took over as CEO in 2000 and has grown the business significantly since taking the helm.

World Wide Metric opened a second distribution center in Houston, Texas, in 1989, and a third in Long Beach, Calif., in 1991. In 2000, Constantinos Contos stepped down and passed the helm to his family, who had grown up immersed in the business. His oldest son, George Contos, became the new CEO, while his brother, Theo Contos, became president, and their sister Anthee became vice president.

Under the new leadership team, sales grew over 500%. The company opened a fourth distribution center in Ft. Lauderdale, Fla., in 2004 to further expand the company’s presence in the U.S. coastal regions. By 2008, World Wide Metric was stocking more than 50,000 products across the United States. Today, the company prides itself on product availability, speed of service and technical expertise.

To commemorate the anniversary, World Wide Metric released a celebratory logo with the tagline “Keeping the World Flowing” to pay tribute to the company’s legacy as a supplier in the maritime industry.

“Our values and priorities haven’t changed, but they have evolved with our approach and forward-thinking,” said CEO George Contos. “We have upheld the ideals that my father set forth when he started the company. He believed that ‘serving the customer was the only thing that truly mattered, and that what can be done today, will be done today.’”