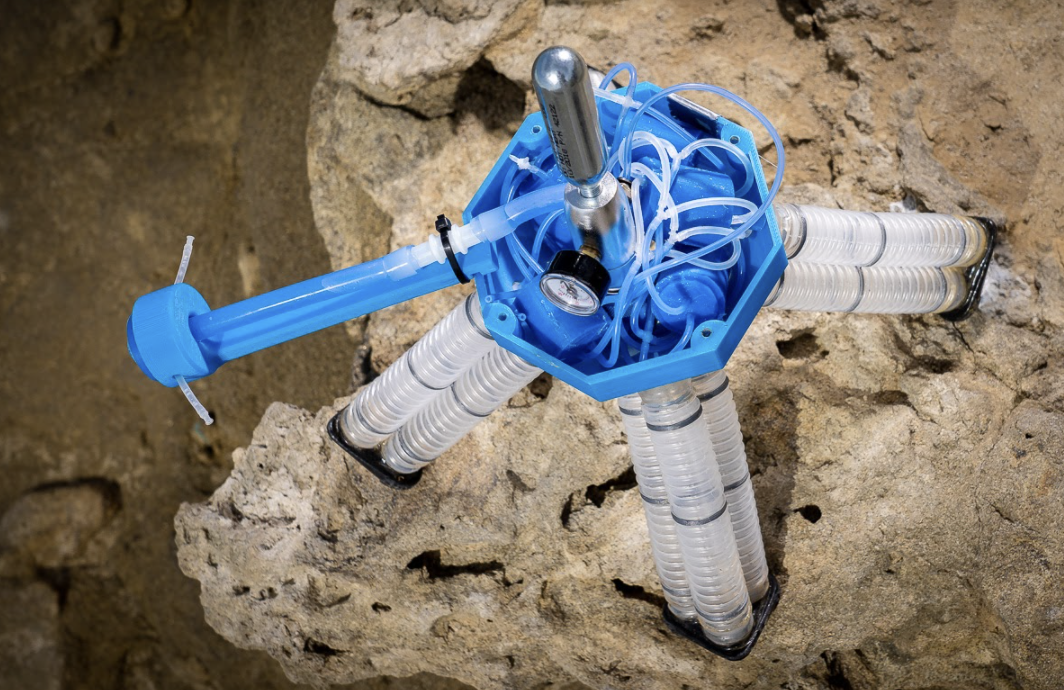 Hard robots have functioned as valuable innovations in the fields of manufacturing, transportation, as well as laboratory research. However, their solid build prevents them from performing tasks that require more flexibility, among other functions.

This is where soft robots come in. To address the problem, engineers examined the mechanisms of several living organisms to create soft robots that have a wider range of mobility. Their soft bodies allow them to easily fit into their environment and function safely with humans. Although they are lightweight, flexible, and sensitive to their environments, they can still exert enough force when needed. These advanced robots can even be programmed to shake hands using pneumatic technology and handle glass vials.

Recently, researchers from the University of California, San Diego created a four-legged soft robot that uses air to operate. The robot moves by way of a pneumatic circuit system, which only needs a constant source of pressurized air to perform its functions. The robot’s four legs each contain three different air chambers made up of pneumatic circuits with soft tubes and valves. The pressurized gas from the circuits serves as a signal and an energy source that allows the robot to move.

Most soft robots are controlled by electronic circuits made of complex circuit boards, valves, and pumps laid out with circuit maker software. They are heavy and expensive components that are usually attached to the robot’s external body. The new soft robot by the team from UC San Diego, however, uses a pneumatic circuit instead of an electronic circuit. The design enables it to function using only pressurized air, making it lightweight and low-cost.

This particular soft robot is revolutionary because it can traverse different surfaces without electricity. Dylan Drotman, a Ph.D. student who was part of the research group, said “this work represents a fundamental yet significant step towards fully-autonomous, electronics-free walking robots.” Its pneumatic circuit allows it to operate in various environments where electrics cannot function, such as MRI machines or mine shafts.

An electronics-free soft robot is groundbreaking in itself, but the researchers behind it continue working on the mechanism that allows its movement. They want to improve the robot’s gait so it can navigate natural terrains. For this, they need a more sophisticated network of sensors in a more complex pneumatic system.

We can expect this complex mechanism to be constructed by the engineers at UC San Diego, who had, just a few months ago, created a robot able to mimic a squid. The aptly named Squidbot contains both soft and hard materials that enable the robot to propel itself with jets of water. The robot stores elastic energy inside its skin. It is also equipped with a set of ribs that have two circular plates that enable it to draw water from one end and eject it through the other end. The mechanism moves the robot through the water without a tether. The robot from UC San Diego can be loaded with a sensor or a camera to record underwater activities. Likewise, the electronics-free soft robot will be able to perform functional services that can help mankind in many ways. We’ll just have to wait and see where this revolutionary tech will be deployed in the coming years.

A video on the robot is available here.

Belicia Joel is a computer programmer who writes about advances in the tech industry.