From the National Fluid Power Association.

A fund in the name of Thomas Wanke, the fluid power giant who passed away suddenly June 21, has been established and will be administered by the National Fluid Power Association’s Education and Technology Foundation. 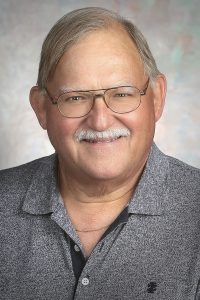 The foundation was asked to administer the Tom Wanke Legacy Fund, according to an NFPA press release. The statement said the fund is “a dedicated funding mechanism that will support fluid power scholarships and education activities at universities throughout the United States.”

Wanke was a monumental figure in fluid power. Active for more than 50 years, he influenced generations of engineers through his work at the Milwaukee School of Engineering, its Fluid Power Institute, and NFPA.

After Wanke’s death, his widow, Ann, set up a temporary structure to collect donations that have totaled more than $10,000 so far, according to the press release. By transferring the donations to the NFPA Education and Technology Foundation, a 501(c)(3) tax-exempt charitable organization, they become fully tax deductible, the press release said.

Supporters can also make donations directly to the NFPA Foundation, and NFPA will match them up to $25,000 “to help establish and provide essential base funding for this new Legacy Fund,” the press release said.

The fund will make annual awards to “increase both the number of students studying fluid power and also the quality of fluid power education in our nation’s universities,” NFPA said in the press release.

For more information or to donate, visit here and https://nfpafoundation.org/.