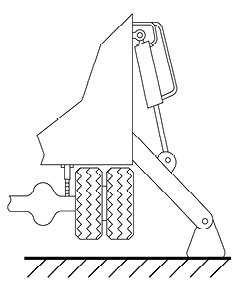 A power and light company’s Digger Derrick crew was assigned to drill several holes for power poles in an industrial complex. They arrived around 9 a.m. on a cloudy, misty, and rainy 40°F day. They set up and drilled their first two holes without having to move the truck. They then decided to break for lunch before moving on to drill the third hole since the cloud cover and misty rain gave way to a warm sun.

They folded the unit up to move to the next hole location and could not get any of the outriggers to retract. All the other functions worked well, but all four outriggers seemed to be locked up.

The crew called back to the maintenance department and explained the problem. The mechanic on duty told them to move the digger boom so it would extend perpendicular to a side releaving the load on the opposite side outriggers. Then he told them to see if the two outriggers opposite the boom would retract. This technique would work about 70% of the time. Operator crews should run outriggers out far enough to stabilize the rig but avoid bottoming them out. When the outriggers are bottomed out, many times they see a pressure spike caused by the pressure-compensated pump’s slow response time, and the pilot-to-open load-holding check valves can have up to twice the system pressure trapped between the cylinder and PO check. The pilot-to-open ratio is too low to open the check with normal system pressure. 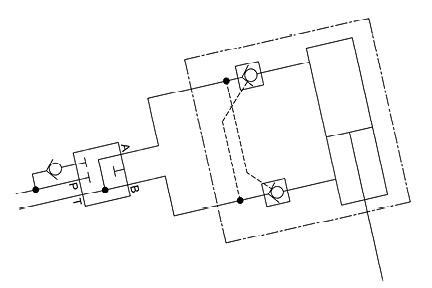 The crew was not successful at retracting the outriggers, and when the mechanic arrived, he thanked the crew for getting him out of the garage on what turned out to be a sunny 90°F day.

Without breaking a cylinder line or jacking the truck up, he performed his magic and had the truck outriggers fully retracted in less than 30 minutes.

Any idea what he did to solve the problem?

When outriggers fail to retract, not only can pressure spikes cause the problem, but temperature changes can also affect the pressure in trapped fluids. For every 10°F change in temperature, common hydraulic oil will expand approximately 0.5%. If it is trapped in a confined area like outriggers that are bottomed out, its pressure will increase approximately 1,000 psi per 10°F of temperature change. The ambient temperature (air temperature) changed 50°, increasing the trapped pressure an additional 4,000 to 5,000 psi. The mechanic brought four bags of ice from their ice-making machine, layed them on the outrigger cylinder tubes, and in no time, the oil cooled down, lowering the trapped pressure to a point where the system pressure would now open the locking pilot to open checks.

2 thoughts on “Out Riggers Locked-up on Digger Derrick Truck”