Robust and long-lasting, pressure and temperature controls play an important role in the oil and gas fields in the south-eastern United States. Recently, the controls have gained popularity in a new process in the north—shale gas extraction.

When people think of the U.S. oil and gas industry, they often picture the wide expanses of Texas and Oklahoma. However, recent breakthroughs in drilling technology have created a gas boom in the shale-rich areas of the northern and eastern parts of the country. Components have helped increase production, save energy, and reduce costs in the conventional oil and gas industry for many years, and now pressure and temperature controls are helping extract the gas trapped in shale deposits in a high-pressure process known as “fracking.”

Once regarded as too difficult or costly to extract, shale gas now accounts for a significant portion of the total gas production in the U.S. To release the gas from the shale layers deep underground, a process known as hydraulic fracturing–or fracking–pumps water and chemicals into the rock under high pressure.

Designed for harsh industrial environments, the range of MBS pressure transmitters from Danfoss (3000, 4010, 4201, 4500, and 4701 series), which utilize the piezo-resistive sensor technology, are used to control the pump intake, lube oil, and filter pressure on the fracking trucks, as well as the pump suction and discharge lines of the blender trucks and hydrators. MBT temperature sensors (series 3270 and 3560) also monitor the hydraulic reservoir on the blender and fracking trucks, as well as the lube oil and radiator temperature.

Manufacturers of equipment located on fracking trucks and in the fracking industry are faced with ever-increasing challenges such as high-pressure peaks, liquid hammer, cavitation, high vibration, and mechanical impact in hydraulic systems with changes in low velocity, e.g. fast closing of a valve or pump starts and stops. The piezo-resistive technology found in the Danfoss pressure transmitters used in the fracking industry offers long-term stability on zero point and span, as well as high performance over a wide temperature range. This technolgy utilizes a silicon diaphragm with diffused piezo-resistive resistors acting as strain gauges, which makes it suitable for applications with pressure peaks in hydraulic applications.

Since pressure overload can typically reach six times (max 1,500 bar) the measuring range and occurs during millions of cycles, piezo-resistive silicon sensing is far superior to competing metal thin-film or ceramic thick-film sensing technologies because of its high accuracy over time and over-pressure safety.

Controlling Temperatures up to 300ºC

Resistance temperature detector sensors have traditionally been used in applications where the temperature needs to be transformed into an electrical signal and withstand intense vibrations. This is the case with the MBT 3560 temperature sensor with built-in transmitter that has integrated electronics enhancing the electrical signal up to 200ºC. The current signal can be conveyed across long distances without voltage interference, making it suitable for applications that have to withstand rugged conditions. Temperature sensors with integrated transmitters are increasingly used in hydraulics due to the fast, reliable, and long life, offering real advantages to end-users seeking a more stable electrical signal.

Where size is a factor but high performance is still a must, the MBT 3270, which can be equipped with different sensing elements (RTD, NTC, or PTC), offers low response time and high protection against the moisture associated with pumping stations on frack trucks. In addition, this sensor can be used to measure the high temperatures (up to 300ºC) that fall hand-in-hand in the oil and gas industries.

Production is set to continue for many years at the massive Marcellus Shale field, which extends across four states in the northeast, while the Bakken Foundation in North Dakota and Montana is estimated to hold 10 billion barrels of oil–a 75-year supply. 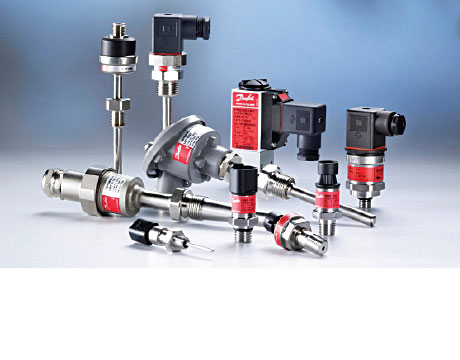 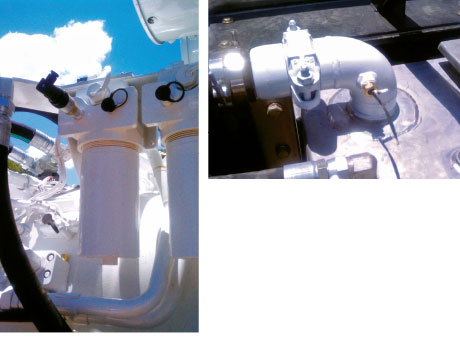